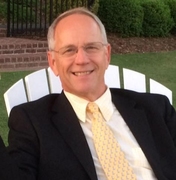 Scott is experienced in building systems, controls and automation as well as intelligent building projects. He has planned and specified open automation infrastructures for some of the most progressive building owners and property managers in both the public and private sectors. Scott is a Director of Tridium’s Vykon brand. Honorably discharged from the USAF, Scott has worked in key positions with Belimo Aircontrols and Tridium, two notable companies which have reshaped the commercial controls market. Joining Tridium in 1999, Scott Boehm served many roles in the company during its startup phase. He enjoys sailing, skiing, a 1992 Miata and his growing family.